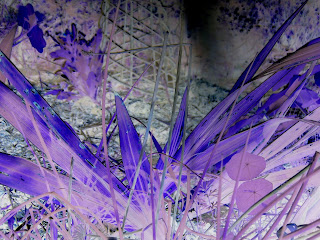 He lay with magic of elven kind
He lay not with one of old mankind
And now I send him blessings be
So the treasure, he now does see
Posted by Unknown at 7:49 PM No comments:

Ha... and there was me debating last night to go to sleep or continue having fun in second life. Well, actually that is a lie. Sitting on my orange mushroom, after having one drink too many that I was beginning to slip sideways.... my purple wings all a flutter... phew. And you know what those material squirrel wings are like!!!!! One touch... can lead to the next...lol. It was the last blue drink that did it....lol.
Anyway - went to bed far too late and arrived in rl at school with a sl hangover and a sheepish grin. Our lesson was being observed by the head... but heh... she likes me... just grinned and talked a lot (mmn - just like in second life eh!!!!!lol) and finally got them to understand what the word parallel means. Just like PARALLEL realities perhaps!!!!!
When we were doing the subjects of perimetres and area... I was finishing off arranging the lease on my parcel of land.... and trying to work out exactly what so metres squared looks like. Ha.... numbers and me don't get on. So many paces by so many paces... now that is helpful!
Well - I could go on and on and on and on here... but won't - cos am kind....but parachuting off the Eiffel tower WAS fun (though heights scare me silly, as I found out in my rl trip to Peru, when I think I internally re-lived being thrown off the the top of the mountain as some kid of sacrificial offering)
Posted by Unknown at 10:22 AM No comments:

Tis cold.... - which means doing lots of zips and buttons up on coats and jackets at playtime. This is an old victorian building - with creaking pipes and high ceilings. Takes a while to heat up - then is okay. But once inside, the kids have no concept that outside might be cold... and they rush out to play with excitement and joy and end up whimpering with cold pain... As I am allready usually cold - BEFORE I leave the building... just means I end up putting so many layers on I can hardly bend me arms................:)........snow is forecast tomorrow... which is London terms means kind of grey slushy stuff.........ha ha............. 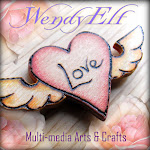